In Part 52 of the Audio Journey I look at vocal remove, basics of how it works and why it doesn’t always work.

Vocal remove can be used to create instrumentals or kareoke versions of songs but cutting the vocal frequencies from the song. Often however there will be degredation in the quality of the audio so before I go any further I’d always suggest if you’re looking to create an instrumental use this as a last resort and try and see if you can find an instrumental to buy.

Vocal remove works by assumption that vocals will be mono and sit on the centre channel of the production. In Audacity this used to be achieved by creating a copy of the track and inverting it so the vocal frequencies cancel each other out, now in Audacity it’s achieved by selecting effect, vocal isolation and reduction. The principal is very similar but the results never leave the quality of the music at 100%.

Confusion reigns however when vocals have been mixed in using stereo effects which spreads the “width” of the vocal outside of the centre channel. This makes vocal removal impossible unless you’re happy to accept a poor sounding instrumental.

In the example, to avoid using a copyright piece of music I have simply mixed some recorded voice over a copyright free song but the principals are the same with mixed (copyrighted) music.

This time around we turn our attention to Podcasting having, to this point, concentrated on voiceover and imaging and radio production. We […] 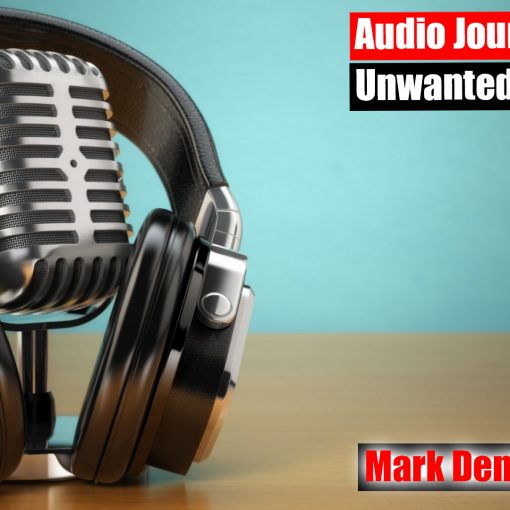 Today in the Audio Journey we look at removing “imperfections” in audio as far as podcasting goes. Editing podcasts is different to […]