My journey in radio and audio started when I was young and taken by my parents to the Ideal Home Exhibition as a young boy and saw Gary Davies doing his Radio 1 show live from Earls Court. From then on I knew what I wanted to do. 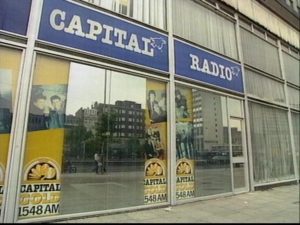 Fast forward to the age of 16 and I was lucky enough to be able to do my work experience at Capital Radio at the Euston Tower. I was fortunate enough to wtiness music presenting, scheduling, journalism and learn audio production.

During my time doing work experience, I was tasked with going through the station’s coverage of Wimbledon that year and creating a showreel for presentation to the sponsor. I was taught audio production, 80s style. Recording from the master reel to reel tape to a second reel to reel tape and then cutting and splicing on the second tape. Audio production in the 80s was very different to today, a much slower and more methodical process. Copying the audio to a second tape and then finding the exact cut points by manually winding the tape on while listening to the audio and marking the cut points with a piece of chalk. The tape was then literally cut at those points and rejoined together (where the expression cutting room from) and eventually that cut and joined tape would contain the finished showreel for export to cassette and presentation to the sponsor.

I was lucky enough to meet some of the station’s presenters including Pat Sharp, Mick Brown, John Sachs, Chris Tarrant and David Jensen. I remember also enjoying lunch with Alan Freeman, a man very generous with his time who spoke freely of his love for broadcasting. 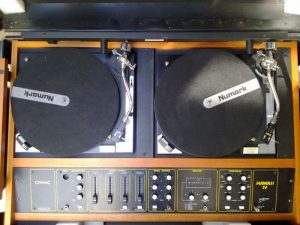 I had learned the art of mixing using a DJ console containing two Citronics belt-driven turntables (any DJ will understand the agony of belt-driven) before earning enough money to upgrade to Citronics SL1210s.

As the technology evolved I bought a mini-disc recorder allowing much more precise editing. My love of audio editing grew and grew while my DJ business continued to blossom.

In 2001, having gone through vinyl and CD, I transferred my entire music collection to PC and started DJing using a dedicated laptop. After a couple of what can be described at best as clunky DAWs I found Adobe Audition and started a journey of learning and producing that continues to this day.

In 2015 I broke into radio, hosting the Breakfast Show on Time 106.6, a local commercial station covering Slough, Windsor, Maidenhead and beyond. While there I produced daily promos for my show as well as re-work some of the imaging for my show too. I repackaged audio into Podcasts and produced commercials too. 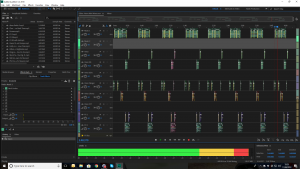 Since then I’ve produced voiced and produced many commercials for FM radio broadcast as well as re-packaging many interviews I’ve conducted and other station output for re-distribution as podcasts.

As a freelance audio producer and voice over talent I have voiced and produced station imaging, radio and new media commercials, DJ Drops and dry voiceovers as well as Podcast intro and outro sets.

I have also produced Podcasts on a freelance basis as well as producing the new weekly Podcast for Bees Radio Network, for the Bracknell Bees Ice Hockey Club for whom I am media officer.

I’m eternally grateful for that early tuition I received in producing audio to a professional standard which enabled me to start my journey.  Back at home working with cassette tapes and then on to digital editing, mastering Adobe Audition 3.0 before moving on to Creative Cloud.  Such is the power of digital audio editing that the limits of what you can create are pretty much only your imagination. 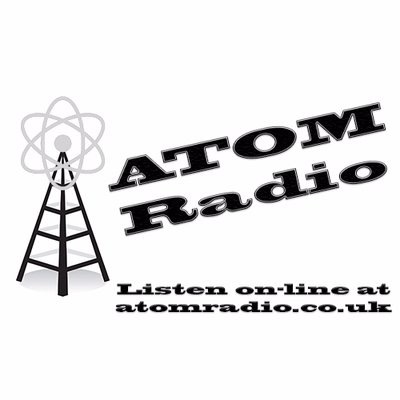