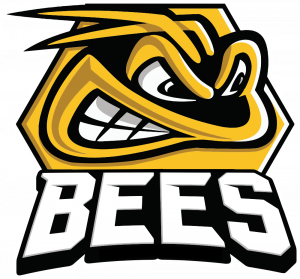 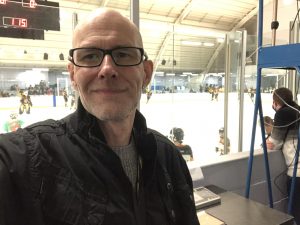 Bees Ice Hockey Club
The Bees Ice Hockey Club started life as the Bracknell Bees, playing from the John Nike LeisureSport Complex between 1987 and 2020. When the failing JNLC was closed in 2020 with the blame laid at the door of Coronavirus the Bees relocated to the Slough Ice Arena.

The Sherfield School Basingstoke Bison have just completed the treble! In 2017/18 the Bison won the Britton Conference League and Play-offs before adding the coveted National Final Four Play-off Title as well.

The Bison are the main sporting attraction in Basingstoke, regularly drawing on thousand plus crowds to cheer on Basingstoke’s ice hockey team.

Following the disbanding of the Slough Jets as a professional ice hockey team I rediscovered my love of the sport with the Basingstoke Bison, despite the 75 mile round trip every week for a “home” game.

The Bison welcomed me into the club and I provide cover match night announcing for the team. I also write for “The Stampede”, the weekly programme, I write the weekend reviews including detailed reports on home games and I write and publish the club’s press releases. 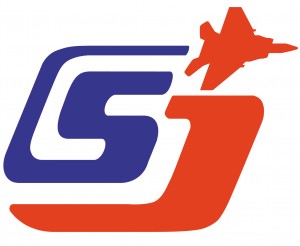