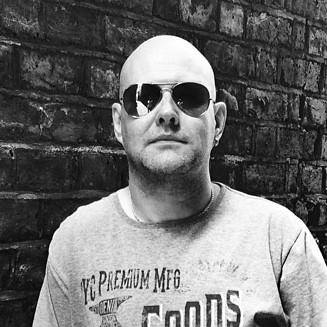 I am an experienced DJ who is comfortable working across a wide age range of audience. Comfortable connecting with people of all ages in presentation with a musical knowledge from the 60s to the modern day.

I have a confident, life personality and wide ranging interests allow me a modern, interactive, warm, friendly and fun presenting style.

In the summer of 2015 I took the next step by taking on the Time 106.6 Breakfast Show. Time 106.6 was a commercial radio station broadcasting to the notoriously competitive outer London market and serving East Berkshire, South Buckinghamshire, North Surrey and the Heathrow Area of London. Sadly in October 2015 the station ceased broadcasting due to transmitter issues.

In four months on air listener interaction with the show via calls, texts and emails virtually trebled. Existing features were tweaked, new features were introduced and with the sudden closure of the station I was left feeling with the progress already made that there was still so much more to come.

I am now the host of the Breakfast Show on Asian Star 101.6FM. Hosting solo I present the show, collate, write and present entertainment news and sports news. The show also features regular competitions as well as interviews with prominent local people.

Holding a residency at Slough Ice Arena for over 20 years I have providing live musical and chat based entertainment to the hundreds of thousands of local residents who have passed through the Ice Arena in this time. At the same time as this I have held residencies in other ice rinks and clubs / pubs as well as provide entertainment at many private functions.

I have hosted and compered the Christmas Show at Slough Ice Arena for a number of years now, presenting local and international guest skaters to live audiences of up 1000 people per show over 3-4 shows annually.

I have also hosted various community days and open days at Slough Ice Arena as well as hosting the rink’s attempt at a World Record Conga On Ice in the Summer of 2013.

In 2008 and 2009 I hosted free Saturday nights at Slough Ice Arena, regularly DJing and presenting to capacity crowds of youngsters, young adults and even parents.

As well as DJing myself I booked and promoted performers such as Will Cozens (from Kiss FM at the time, now Capital FM), mutli award winning Tinie Tempah, Mobo award winner DJ Ironik, Bashy, Krept & Konan and more. Also in the summers of 2008 and 2009 I hosted the Big Summer of Fun with guest appearances from Time 106.6’s Steve Rockford.

I have also been the game day announcer for Berkshire’s Premier Ice Hockey team, the Slough Jets for over 20 years from 1992-2014. Responsible for clear, timely and concise announcements of game information as well as club information in addition to creating, building and maintaining an electric home game atmosphere. As well as announcing I’m solely responsible for the selection, editing and scheduling of music at the games in build up, in intervals and in breaks of play, especially the home goal anthem!

As Slough Jets Announcer I have hosted many charity events including supporting charities such as Help for Heros, Age Concern, Cancer Research and more. In the summer of 2012 I hosted the Slough Jets 25th Anniversary game which supported Help For Heros and SPICE as well as hosting the testimonial game at Basingstoke for one of the finest hockey players to play in the UK as Steve Moria announced his retirement.

In the summer of 2008 I was asked to create, build and maintain a social media presence for Slough Ice Arena. Identifying, at that time Bebo as the social network of choice a network of in excess of 3000 people was quickly built and used for marketing and communication with customers. Soon the transition was made to Facebook and a network of over 4500 thousand was built and used as a marketing, communication and sharing platform.

I have also built a Social Media presence for Slough Jets Ice Hockey team spanning Facebook, Twitter, Youtube, Instagram and Social Media. Responsible for the clubs marketing, promotion, social network and multi-media output and engaged audience was built to communicate news, run competitions, show the work of the photography team and show video output including my interviews with players, coaches and staff and game highlights which I introduce and post production commentate on as well as co-edit.

I also use Social Media as a way to interact with my audience both DJing and Slough Jets hosting to instantly engage with the audience on many subjects.

I maintain a keen social media presence of my own in addition to the Jets that I manage using social media to interact on subjects of interest to myself such as cricket and ice hockey as well as technology, news and current affairs and photography.