In part 43 I take a look at dealing with breaths in your audio.

Breathing is essential to sustain human life and therefore breathing gets recorded into audio. As we breathe our brain is wired to accept the pause that breathing causes when we’re listening to audio. It’s a part of the flow.

For that reason don’t edit out the space that breaths take in most audio. Audio books. podcasts, video audio should all sound natural and to do that the audio needs the flow that the breaths provide.

If you’re producing a promo though I would take the breaths out. Promos are meant to sound snappy, punchy and catching. In order to do so you can sacrifice the flow that breathing puts in the audio and the fact you’ve done so makes the audio faster flowing and stands out to the human ear making it probably more catchy to listen to.

When you edit the breaths out of a promo you can either do this in the waveform destructively before mixing down with music or in the multitrack while creating the mixdown.

It may well be that you want to remove the sound (but not the flow) of breathes from other audio such as a podcast or an audio book. In order to do this you can use a noise gate which will replace them with silence or a downward expander which will reduce them in level which retains some natural sound to the audio.

The best way to deal with this is to work on your microphone technique. The one thing you want to avoid at all costs is “slash breaths” where you take a sudden and harsh intake of breath. These breaths are both undesirable in the audio and very difficult to deal with. 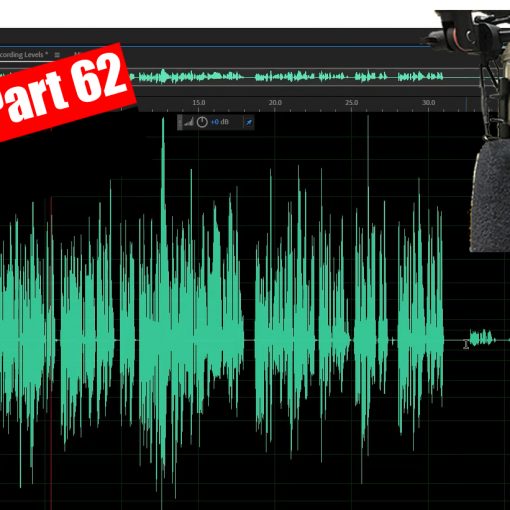 In this part of the Audio Journey I look at one of the most important elements of recording a successful voiceover, podcast […]

This episode of the audio journey is the first of a two part on EQ or equalisation. Equalisation is “tuning” of audio […]