Today in the Audio Journey we look at removing “imperfections” in audio as far as podcasting goes. Editing podcasts is different to editing audio to make for example a radio promo or radio imaging. For a podcast you want to remain as much as natural in terms of sound and flow whereas radio imaging voice over work will be heavily processed and breaths and gaps are considered unwanted in that area of audio.

In terms of Podcasting there’s been a long-running debate as to whether breaths should be kept or removed. I am of the leave them belief. Podcasts are typically consumed through headphones, as someone who’s worked with audio for a long time, I can hear edits in audio not necessarily because the edit itself has been done badly but more because I can hear a break in the flow. When we talk face to face, we breathe, without it we die! For that reason, I would suggest leaving normal breaths in a podcast.

The exception to the rule is “slash breaths”. These are when a person takes a sharp intake of air which creates a loud noise. Yes, people are filling their lungs with air but to me it makes an unpleasant listen and as there’s an opportunity to edit and make the audio sound better take it. However, when dealing with slash breaths make sure the flow of the speech follows as breaking the flow will make an unnatural listen for even someone who doesn’t work in audio.

Finally mouth clicks. There’s no debate about this in my opinion, they go! They are great in ASMR videos but in terms of voiceover, podcasting, imaging they are an absolute no. Some people are more “clicky” than others. Same can eradicate them by avoiding dairy products or hot drinks before recording, some can eradicate them by eating an apple before recording. But if some slip through I would suggest editing them out the podcast. 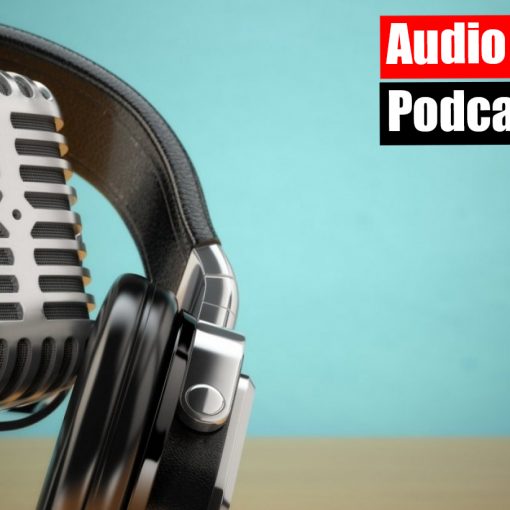 In today’s part of the Audio Journey I’ve got a top tip for recording a podcast to make your editing easier. If […]

This time we continue to look at compression. Having looked at the basics, news showreel and podcast we now look at making […]

In this episode we look at using compression in podcast production. The golden rule for Podcast is to use as little compression […]