Over the next little while, having now written about my own audio journey, I’ve decided to write a blog series that will hopefully help you either start or improve your own audio journey from my own 31 years of experience.

I’m intending to cover many things relating to either the home voiceover artist or podcaster. It’s worth pointing out at this stage that podcasting can either be for the hobbyist or for business but the same principals apply to both.

The set up for a home voiceover artist can be used for podcasting but this doesn’t necessarily work the other way round. The basic equipment will be the same but the quality of the equipment may be different and the recording space chosen may be different as well.

Over the next few blog posts I will go into further detail on the specifics but suffice to say if you want to record either voiceover or a podcast you’ll need the basic equipment. 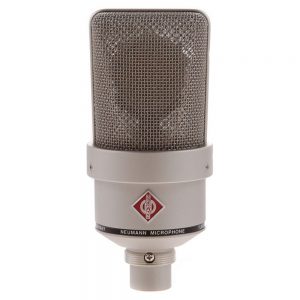 Obviously, you’ll need a microphone. This can be a condenser or dynamic microphone and each have their benefits and drawbacks. You’ll also need to also consider whether you use a traditional XLR microphone or a USB microphone.

If you chose a good quality USB microphone (I’ll look further in detail on this in a later blog) then you won’t need an audio interface but if you’re planning on recording with an XLR microphone (recommended) you’ll either need a USB audio interface and/or a mixing desk. The two stand-out choices are a USB interface taking the microphone signal directing to the computer or a USB mixer which will achieve the same. You’ll also need to consider whether or not your microphone requires phantom power at this stage as well.

The other option here is a portable recorder which can record your voice onto an SD card which can later be transferred to computer to edit. Again phantom power requirements needs to be a consideration. 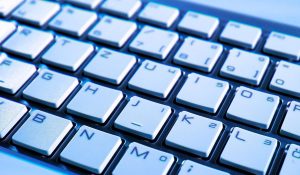 You’ll need a computer. The demands of audio aren’t anywhere as tough as the demands of working with video. Even a simple video being rendered in Premier Pro or a basic After Effects composition makes much greater demands on your computer’s specifications than working with audio. Your computer doesn’t have to be top of the line to get started but as with anything the more power you have the easier and quicker you’ll achieve the results. The choice between PC and Mac is entirely a personal choice. It’s often said that creatives work with Macs but in my time working as a DJ and an audio producer I have never used a Mac so it’s entirely a personal choice. I’ve also never seen a Mac in a Radio studio I’ve been in so there is no hard and fast rule to influence your choice. 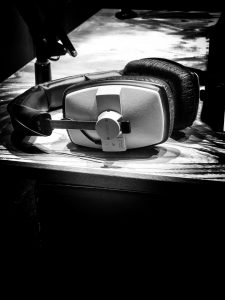 You’ll need, as a minimum, a pair of headphones and for this task your ear buds won’t do! You’ll need a pair of headphones designed for radio or booth work which will give you a good quality representation in your ears of what you’re recording or editing. Top tip here, avoid Bluetooth or other wireless headphones as while you won’t notice a difference when listening to your favourite song through wireless headphones there is enough latency in the technology to make them impractical for audio editing where precision can be critical.

With all of that said, possibly even more important than any of the above is your recording space. In the old days a voiceover artist would book time in a studio to record but in this day and age the affordability of professional and prosumer equipment means recording from home is a realistic option providing you can find a suitable recording space. A poor recording space can ruin the investment in the aforementioned equipment!

Some top tips on the niches of voice and production.

If you’re recording a podcast, whether for business or a hobby, remember to keep it free flowing, natural and conversational. It’ll be a good listen that way. Make notes to work from, but not scripts. Notes nudge your brain into remembering what you were going to say and your mind will flow freely when speaking. A script will produce an entirely different flow as you’re reading from the script rather than speaking freely from memory prompted by your notes.

If you’re recording a voiceover for a commercial you’ll either be given direction, or ask to take direction from the client and record a couple of takes on the style you are directed. Also, make sure if there are any hard to pronounce words in your script that you ask for these at least spelt out phonetically or better still ask for a recording of the words being said.

You might also be recording training narration. This again should be free flowing and natural. The chances are it’ll be a relatively long watch / listen so your voice has to compliment the training while engaging the viewer / listener.

Another area of voice work is audiobooks. Here you’ll be telling a story so you need to feel what you’re reading and communicate the setting and paint a picture with your words.

Being a voice artist and / or an audio producer is a great set of skills to have.

Over the next few posts I’ll share with you my tips on getting started, or upping your game. Alternatively if you want to hire my skills as either a voice over talent, audio producer, remote VT radio presenter use the contact me form and get in touch today.

This part of the audio journey focuses on how you can generate speech within Audition. I appreciate the videos so far have […]

This time we look at something I’ve had a few questions about and that’s the speech volume leveller. It’s essentially a compressor […] 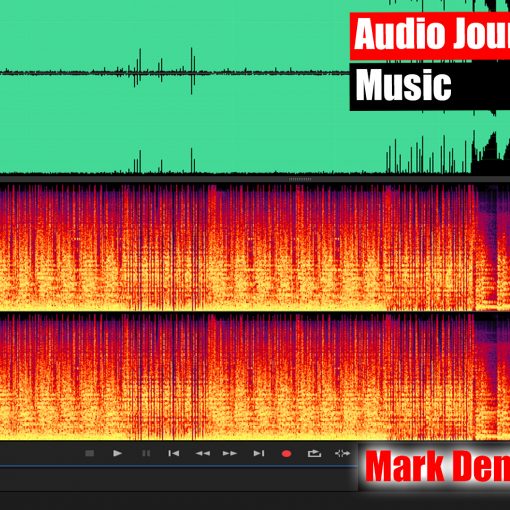 First an apology for an extended absence from producing these videos. Today we look at using music in your audio production and […]

Reverb is a very tight echo type sound that is the persistence of audio after it is produced. Listen carefully to a […]