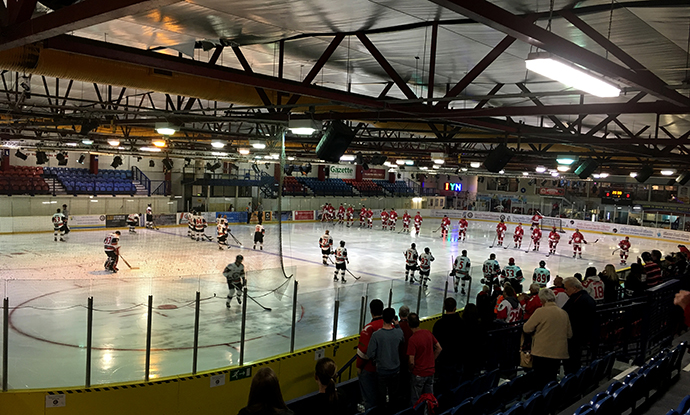 Following a successful weekend in pre-season the “friendlies” came to an end with the Swindon Wildcats visiting the Basingstoke Arena. Saturday’s mist issues were consigned to history and the view was crystal clear!

Basingstoke welcomed new signing Jakub Barton who made his debut and gave a start to Dan Weller-Evans in net as Tomas Hiadlovsky took a well earned rest after his weekend performances. Swindon played without Aaron Nell and Floyd Taylor. Tim Pickett was the man in charge of the game.

Alan Lack and Tomas Karpov combined to get an early start but Wildcats netminder Stevie Lyle was sharp to the incoming 5-hole challenge. Equally sharp at the other end between the Bison pipes was Weller-Evans who froze a chance from Jonas Hoog, soon followed by a pad save ending a Wildcats breakaway.

Both netminders looked sharp meaning no early scoring. Bison enjoyed periods of pressure in their opponent’s zone but couldn’t beat Lyle. A combination of good netminding and good shot blocking kept then Bison scoreless. Lyle made saves, defenders blocked shooting and passing lanes and as Weller-Evans made a catching save from Maxim Birbraer the 10 minute mark ticked round with 0-0 clearly showing on the scoreboard.

Wildcats laid off a perfect centring pass which sat tantalising in front of Bison net but it was Joe Baird who wasted no time in clearing the slot. Both netminders then made sharp saves, Rounding saved by Lyle then Weller-Evans made a full stretch save to tip Ben Davies’ effort just wide.

The unmistakable sound of puck ringing metal work echoed around the arena as Aaron Connolly took a feed from Dan Davies but millimeters made the difference for Stevie Lyle as the puck hit the framework and went away to safety.

After a period which Bison clearly looked to be in charge of they would have been upset to go in a goal down but with 3 seconds left in the first period a couple of good passes saw Hoog line up Malasinski who roofed the puck for 0-1 at 19.57

The Bison edged the opening period by a single shot which is a testament to good defensive work by the Wildcats as Bison were more often than not the team in possession.

An early Karpov wrap around chance got the second period underway before the home team got the first powerplay of the game when Sam Bullas served a booming call at 22.00

It took 45 seconds of the powerplay for the score to level. A huge shot from Ciaran Long saw Stevie Lyle leave a rebound for the waiting Petr Polodna who did what was needed and tapped home the loose puck.

Shaun Thompson had a couple of chances to take the lead but the first went over and the second wide of the net. Then it was the Wildcats who would take the lead as Malasinski got to do the business with a rebound. Weller-Evans made a good save from Hoog but with a delayed penalty looming Malasinski buried the rebound for 1-2 at 27.39

Alan Lack took a holding penalty at 29.59 but a good penalty kill saw the advantage nullified. Following an excellent save denying Karpov Stevie Lyle headed to the bench to be replaced by Michael Crisp with just over half the game elapsed.

There was a warm welcome for him as Mark Smith took a roughing call throwing the backup goaltender into a penalty kill straight away. A combination of a good penalty kill and an early season powerplay saw the lead remain with the visitors as it did until the end of the period.

As the players came out to start the third period Doug Sheppard was joined on the bench by a now regularly clothed Dan Davies who played no further part in the game.

Malasinski turned on the speed to try and break in on goal but didn’t have enough speed to evade a diving Lewis Turner who nullified the chance. Weller-Evans pulled of a good save, shot through heavy traffic and Turner then cleared Bullas away from attempting the rebound to support his netminder.

Polodna fed Ciaran Long who skated in rapidly but was denied by an exuberant save. The game tying goal wasn’t far away though as new signing Ivan Antonov scored for 2-2. Aaron Connolly had the initial shot but saw Antonov free so fed the rebound to his team mate rather than having a second attempt.

With an interference penalty pending on Jan Kostal referee Tim Pickett blew the whistle the instant the Wildcats had controlled possession of the puck only for Kyle Smith to still let go his shot at the Bison goal long after he had time to pull out the shooting motion. Declan Balmer took offence and the two had words to the left of the net.

The Bison were ahead at 51.02 with another rebound strike. It was the captain again who had the first chance but with a big rebound falling nicely for Shaun Thompson he completed the work and Bison were now in the lead.

With 7.30 left to play the ice resurfacing machine made an appearance to clear up blood left on the ice. Rene Jarolin had gone down and was under a couple of Swindon players. As he left the ice he did so holding his bleeding nose meaning the ice had to be cleaned before play could resume.

6.19 was left in the game when Antonov scored his second of the night. This one was a display of the skill he has as he turned on his speed and effortlessly scored 5 hole on the Wildcats goal for 4-2.

The game wasn’t over yet though as Lee Richard found himself free from the Bison defence at 56.25 and with just Weller-Evans to beat he put in a good shot that saw the goal light flash behind the Bison net.

Swindon took their timeout with 43 seconds left in the game and upon the restart left the net empty in favour of the extra attacker. Despite an excellent chance falling to Hoog with 10 seconds to play Bison held on and completed their third win of pre-season. 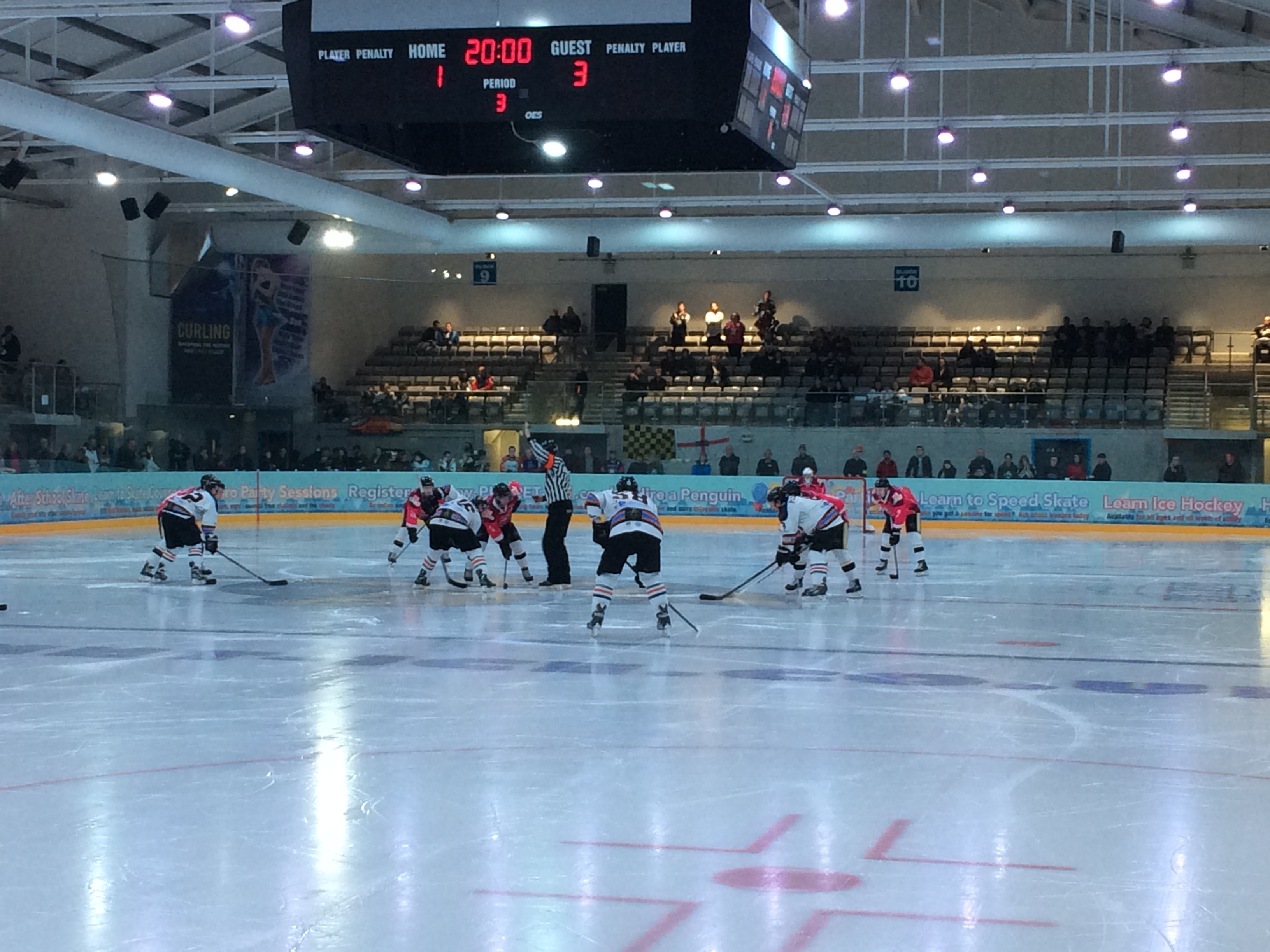 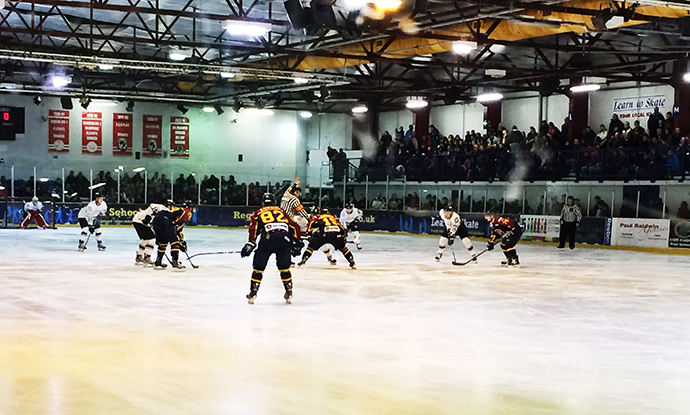 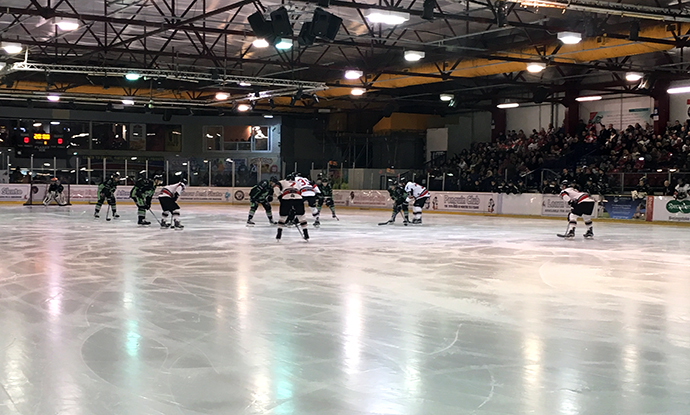 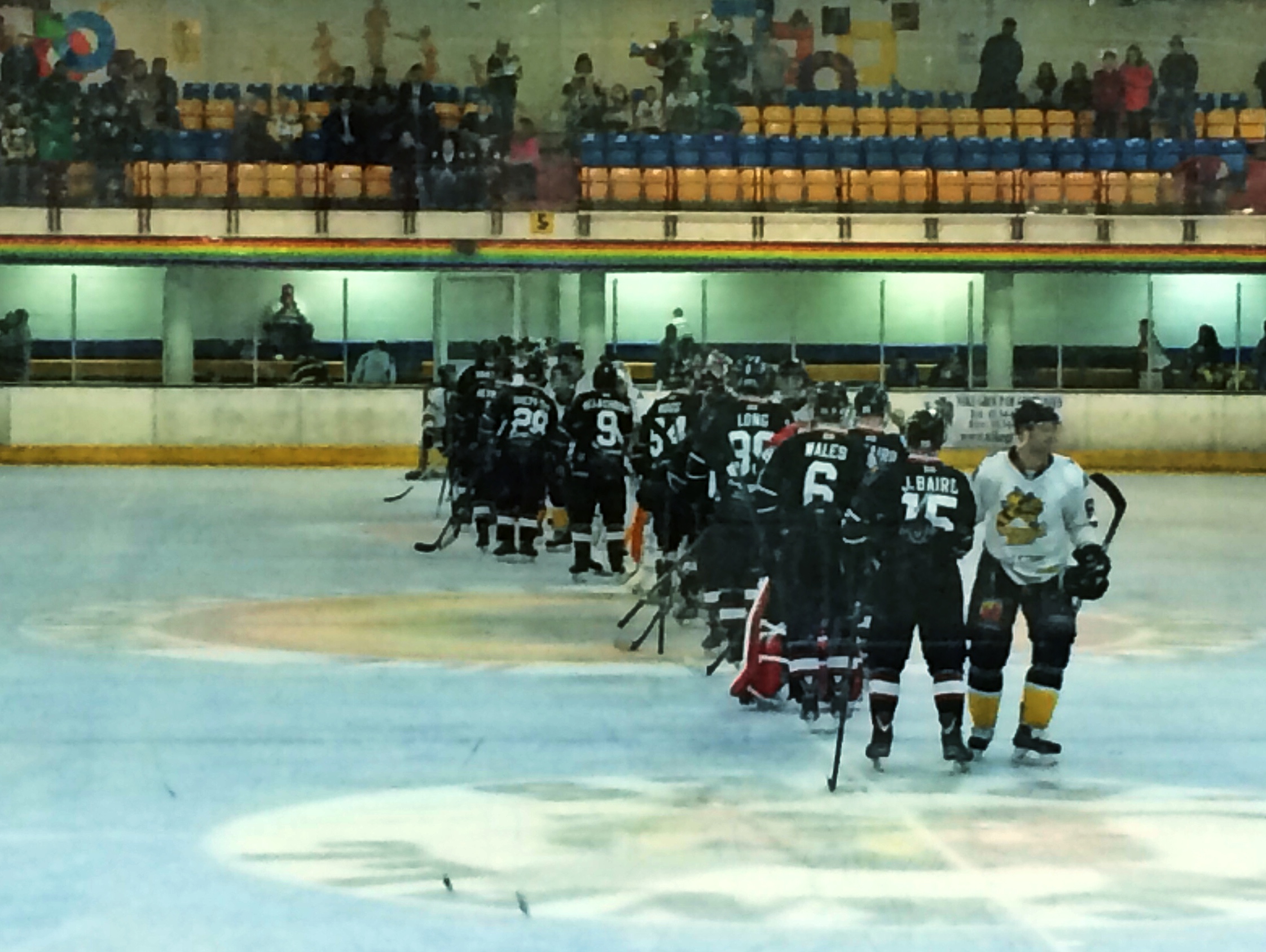