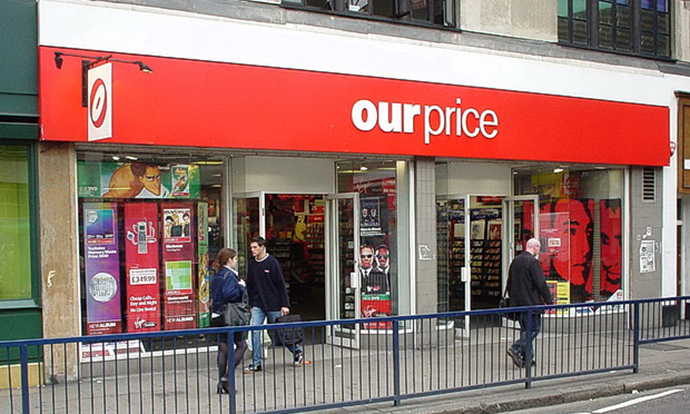 This morning I read an “Analysis & Comment” article on Sky News asking whether Ed Sheeran has killed the charts. With all but 1 of the Top 10 being an Ed Sheeran track from ÷ (Divide) and indeed all 16 of the album’s tracks featuring in the Top 20 I guess it could be seen as a valid question.

The UK Top 40 Singles Chart is compiled with the intention of showing the 40 most popular songs of the week.

The chart used to get its first airing on BBC Radio 1 on Tuesday evenings, then advances in technology allowed that to happen on a Tuesday lunchtime as the compilation got quicker. Eventually the chart was first announced in the Radio 1 breakfast show on a Tuesday morning before getting a recap at lunchtime and a full recap in the Tuesday tea time show. Back in those days Radio 1 was a medium wave station, sharing its FM frequency of 88-91 with BBC Radio 2. Radio 1 got the FM frequency on a Sunday afternoon from 5pm and played the new entries and climbers from 40-21 before counting down the Top 20 in full. Until 1987 this was still the Tuesday chart that was re-counted. It had already been on the radio and had also been on TV as it was the same chart that was used for Top Of The Pops on Thursday.

At the same time Independent Radio Stations carried the Network Chart, a rival chart, hosted by Capital Radio’s David Jensen. Until October 1987 this chart was more up to date than the Radio 1 Sunday chart which was 5 days old already by Sunday. David “Kid” Jensen counted down the Network Chart Top 30 on Sundays from 5-7 based on sales from Thursday – Wednesday making it the more up to date countdown.

In 1987 The Official UK Top 40 was compiled by Gallup after the shops closed on Saturday. Gallup used a network of record stores that all collected data and once the stores were closed on Saturday Gallup’s computers dialled in and harvested the data. The data was then compiled and made available to Radio 1 who put together their chart show based on brand new fresh data from 1987 onwards and Bruno Brookes announced the news the entire record industry waited on from 5pm.

Back in those days songs were bought on record, or sometimes cassette singles. CD Singles were a little while away yet and home CD burners were a long way away. The only way to get a song in those days was to buy it on 7” or 12” single or to tape it from the radio! Obviously only record sales counted in terms of compiling the chart.

Soon CD singles joined in and they too were included in the chart compilation. Other than a perceived enhancement in quality vs vinyl CDs were of little relevance to compilation of the chart. Charts were still compiled on the basis of sales.

Step forward to the modern day and the way we consume music has changed dramatically. There’s no more Our Price, no more Virgin Megastore, no more Woolworths and HMV has had its well publicised problems. The answer to that is quite simple, music entered the digital age. Music was now available to download removing the need to head to the record shop.

At first measured downloaded music counted for a tiny minority of recorded sales of music so was ignored but the seed was planted and digital sales kept on gathering pace. MyCoke Music was the first legal download service, hotly followed by iTunes. In September 2004 a download chart was introduced measuring the legal downloads while in 2005 downloads combined with physical sales for the first time in the UK singles chart.

Various rule changes have been incorporated since downloads were first incorporated into the chart calculation, probably the most crucial of which is that singles no longer need a physical release to be eligible.

From the end of June 2014 streaming from certain sources would also be incorporated into sales. Originally 100 streams counted as 1 sale, now its 150 streams that count as 1 sale so the chart that’s revealed on Friday reflects the way we consume music now.

As such record companies had a huge say in what could chart. Once records were deleted sales naturally tailed off as supplies dwindled. Record companies that had for example two big artists both with singles lined up could plan to release them and delete them so as they weren’t really ever competing with each other. Where they also had an edge was that by releasing and deleting singles they could control what was eligible for the chart.

Where things are different now is that nobody controls what’s eligible for the chart. With downloads and streaming now counting predominantly towards the chart it can throw up what would traditionally be seen as oddities. Singles no longer need to “released”, they just need to be available to download and/or stream.

Naturally people will own older songs or will be over streaming them but conversely they’ll want to buy or stream regularly newer songs which means that the newer songs will usually be high up in the chart but we’ve seen strange occurrences in the chart.

Michael Jackson’s death in 2009 was perhaps the first time it happened. In reaction to the death of the King of Pop the chart filled up with his music once again as people headed to on line music stores and bought all the big songs that radio stations inevitably played. We’ve seen that repeated with other icons like Prince, David Bowie, Rick Parfitt and George Michael all returning to the charts with various previously available music once again charting high. In the case of those more recent celebrity passings listed above streaming of their songs would also have counted towards their chart position as well as sales.

Sky News questions whether or not Ed Sheeran has ruined the chart by having his entire ÷ album in the top 20 at once. If you don’t like Ed Sheeran then the answer could conceivably be yes but has he? Are we now finally seeing a chart that reflects the genuine popularity of music following previous eligibility rules meaning record companies could control which songs were eligible at any time through release and delete dates?

Nowadays an iTunes download counts as a sale, 150 Spotify streams counts as a sale. If a 20 year old song that’s not currently “released” in the traditional sense gets more sales than any other it’ll be number 1. In the old days that wouldn’t have been possible as the song would need to have been physically re-released.

If I asked you to pick your favourite 5 songs you would have all of music to choose from. If I gave you a list of 1000 songs and asked you to pick your favourite 5 songs from that list your 5 might well be very different. In essence that’s the difference between the old charts and the new charts. The new charts reflect the first example, the old charts the second example.

This week’s chart is perhaps a statistical freak as the contents of ÷ are streamed many times boosting the individual tracks up the singles chart while the same artist also dominates the album chart too but it’s a statistically compiled chart which crucially reveals the top songs bought and streamed this week rather than the top songs from a restricted selection.

Today Will asked me my favourite colour and then made me this. What a boy #FatherAndSon #Bracelet
Favourite café is back open so lunch with my favourite human #lunch #threetuns #threetunscafe #fatherandson
May not be driving right now but can still do what Will wants to do #trains #BerwickAvenue #Slough
True, but not personally since 1897 😂. And at least I’m funny to go with my voice 😛 #radio #breakfastshow
Posted @withregram • @ukatomradio Welcome to #Friday!! It's @markjdenholm with the #BreakfastShow with James, Clout, Men At Work and more
Every day you make me proud of the young man you are 💙 and I’m the luckiest man. Happy 7th birthday my little train loving YouTuber #HappyBirthday #son #fatherandson
Tuesday #selfie. Taking the boy to do a train video
Streaming from #Slough and undertaking global domination even before 7am on a Tuesday morning via #internetradio although not sure what use Slough’s travel news is to the rest of the world 😂. The world is waking up with me so you may as well too! Tell your #SmartSpeaker or phone you”Play Atom Radio on TuneIn” or listen via https://linktr.ee/AtomRadio #MorningRadioShow #BreakfastShow #loudproudandstandingoutfromthecrowd
#WakeyWakey. I’m only up this early to make you getting up better 😂 #radio #breakfastshow #anthems #internetradio @ukatomradio
Morning morning morning #Radio #BreakfastShow @ukatomradio
Another weekend done, see you in the morning from 6am on @ukatomradio for the #BreakfastShow #Radio #InternetRadio #WakeyWakey #Fun Streaming from #Slough
I spend an unhealthy amount of time in the segue editor 😂 #Myraid #Playout #SegueEditor #Radio #RadioShow #BreakfastShow
Oh now come on, that’s ridiculous. It’s 10.09 and it’s 30° inside!! #HeatWave #TooHot
Slowly but surely filling up the icons on the #ElgatoStreamdeck
#SchoolRun #selfie