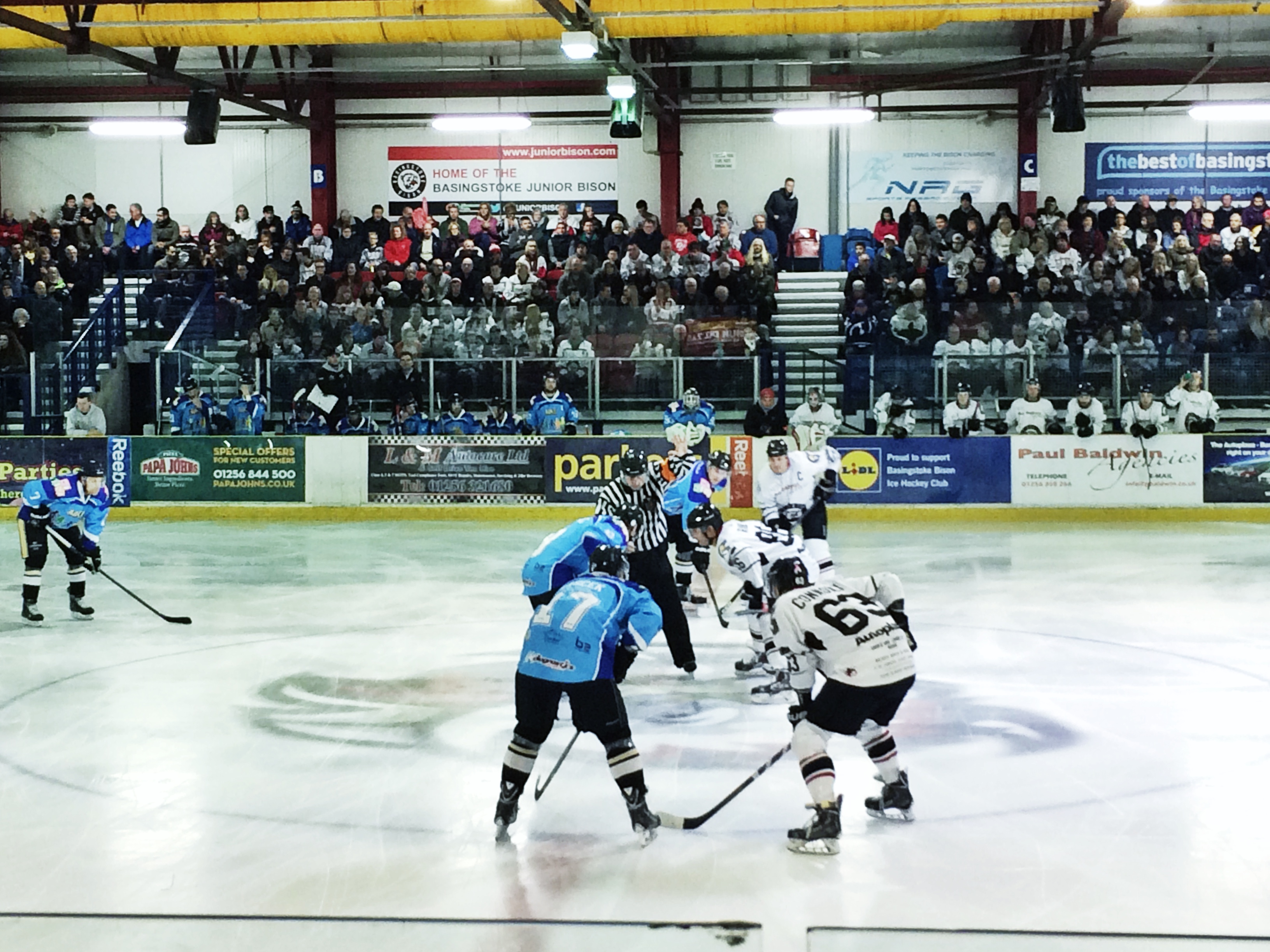 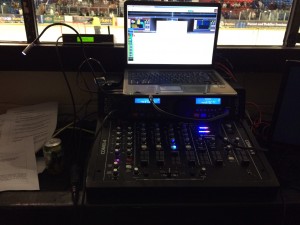 Week two of cover duty at the Bison arena saw me take charge of the DJ Duties for the Basingstoke vs Milton Keynes game. Milton Keynes were one of two teams I had yet to see this season, following last night’s game the only team I’m yet to see is Sheffield but hopefully soon.

The league so far has proven very topsy turvy. There is a pecking order formed for sure but teams can take points from each other on the night and that’s what makes the EPL great. It’s a highly skilled league, players are skilled, officials are the top quality within the EIHA and the games are entertaining and sporting.

After an impeccably observed silence ahead of Remembrance Sunday to honour the fallen Service Men and Woman Roman Szucs took charge of the game and with the roar from the stands in support of the home team the puck dropped and the game was underway. Starting netminding duties were taken by Dean Skinns and Jordan Hedley.

Earlier in the season the Lightning had struggled for form, a class roster but still coping with the troubles of being away from home and in effect homeless. Now they have their shiny newly refurbished rink and a base to work from their form is turning.

The first period saw chances at both ends, but the edge belonged to the home team. Their scoring chances were better, their shots on goal were from more dangerous positions and they looked the better drilled team. Going forwards they pressured well, passes were crisp, forechecking was top quality and Hedley was tested well. Defensively they were quickly back, broke up Lightning attacks well and kept the majority of shots that Dean Skinns faced to longer range shots. On the occasions he was tested close in he was equal to the challenge ensuring a clean sheet for the opening twenty minutes.

After ringing the pipe work earlier in the period it was with Blaz Emersic off the ice that the Bison opened the scoring. It took 19 seconds of the man advantage for Joe Greener to do the damage, the goal originally credited to Joe Rand it was amended in the first break to the Brit power forward. Joe Greener drove forward and ensured the goal the home team wanted to get the lead they deserved by the break.

12 minutes duly passed and the second period started. The game picked up where it left off with the Bison still in the ascendancy. Chances came from Aaron Connolly, Joe Greener and Tomas Karpov but then Doug Sheppard made his way to the penalty box to give the Lightning their first powerplay however with efficiency it was killed off. There was one notable chance on the powerplay when Lewis Hook had a chance but Skinns closed the door on him.

26.13 saw the Bison double their lead, great work from Michael Wales in the corner saw him feed Tomas Karpov who duly fed Grant Rounding and Hedley was beaten for the second time. 2-0 and Bison well deserving of the lead.

Kousterek made his way through to Skinns but he denied the Lightning import ahead of a penalty call that left everyone confused. Aaron Connolly found a loose puck and made his way to the net, denied by the netminder but in finishing his move he lightly bumped the netminder in what can only be described as a huge effort to avoid running the goalie. The referee’s arm raised, a penalty was coming and I assumed it was on the goaltender for interference. With the away penalty music ringing around the arena the referee announces he has penalised the home team player for interference and a bemused Aaron Connolly takes a seat.

The ensuing powerplay had a similarity about it, the Lightning got the puck but their passes found Bison players meaning they could easily clear the zone and weather the storm.

Back at full strength the biggest down point of the night occurred. A huge hit on Nidal Phillips took the Lightning defenceman into the boards and he didn’t get up. Team therapists and the rink first aid attended and eventually he got up and made his way off the ice. He wouldn’t return to the game.

It’s worth mentioning that it was a clean hit, a big hit but a clean hit and that view was echoed by the officials as no call was made on the play. The injured player was starting his journey in the EPL, an MK Thunder player called up, he looked a little off the pace all night. He did go down with an alarming regularity on his own earlier in the game and last night proved the huge difference between NIHL and EPIHL. Best wishes to him for a speedy recovery, I’m sure if Nick Poole has identified him as a future prospect there’s the talent in there to make it happen and after some more work on strengthening maybe we’ll see him back in the EPL as a regular in a season or two’s time.

Chances came at either end but the next talking point was a high stick that took down Ciaran Long. He’s a tough guy, he doesn’t go down often but as he got back up it was clear he’d gone down due to the stick that cut him above his mouth. No call on that play much to the dismay of his team mates and to the relief of the opponents.

The third of the Bison goals came from the least auspicious starts to an attacking move. Grant Rounding gained the zone, lost the puck but then worked hard to get it back. In the mean time Tomas Karpov had found himself a great position to shoot from and Rounding’s perfect pass left the import free to bulge the netting for a 3-0 scoreline.

There was one final possible chance to break out the special teams when Ciaran Long, in possession of the puck, was taken into the net by Leigh Jamieson but with nothing called the period played out to an end 5 on 5. It took a while for everyone to clear the ice and the big players from each team exchanged words but eventually the players headed to their rooms for the second interval.

The third period got off to the best possible start for Milton Keynes. They had been the poorer team in the first two periods but were given a powerplay early on due to a high sticking minor. Blaz Emersic netted the Lightning first goal at 42.02, fed the puck he made his way in, drew Skinns into place and then beat him with ease. Emersic is a consummate professional, I watched him for years at Slough, he doesn’t get drawn into any of the silly stuff and it seems he is impervious to pressure. He takes his chances with more coolness than the ice he’s skating on and he’s a player that I’m sure any EPL team would like to have in their ranks.

The Lightning were fired on by this early breakthrough in the final period and this upped the quality of the game. Where as in the first two periods it seemed the Bison were playing out their win in the third period it seemed both teams were engaged in battle. The game became more physical, both goaltenders were on top form and the Lightning were finding ways through the Bison defence to test Skinns at close range but the Bison goaltender found his reactions at top speed to deny those chances.

It was back on the powerplay that Lightning really brought the game to life. Ciaran Long was adjudged to be holding the stick and off he went to serve his two minutes. For his second of the night it was a deft deflection from Emersic as Michael Farn’s shot was guided home by the 34 year old Slovenian. Now with 6.03 left to play the game was well and truly on with the two points potentially headed in both directions.

Under pressure the Bison grouped well, sacrificed their bodies in laying hits and blocking shots, and we headed into the final two minutes of the game. With no possibility to call a time-out in a huge period of unstopped play Jordan Hedley was called to the bench on the fly and the extra attacker took the ice. Twice the Bison had the chance to make it 4-2 but the first attempt from the centre line from Joe Greener just missed the net, the second from within the zone was broken up by the Lightning. Despite the extra attacker on the ice they failed to find the equalising goal and an epic game ended 3-2 in favour of the Bison.

The Bison were deserving of their win but in the third period the Lightning came alive and grabbed momentum in the game. Another good advert for the sport, every fan in attendance must have felt their admission was money well spent.

Man of the Match awards on the night went to Tomas Karpov and Blaz Emersic, both deserving of their awards. For the home team it could have easily been Kurt Reynolds or Miroslav Vantroba or Tomas Kaprov as all three could have been worthy recipients but for the visitors it was an unquestionable decision.

With a game in hand on the Tigers the Bison keep pace of the top of the table while enjoying a little cushion from third place down. 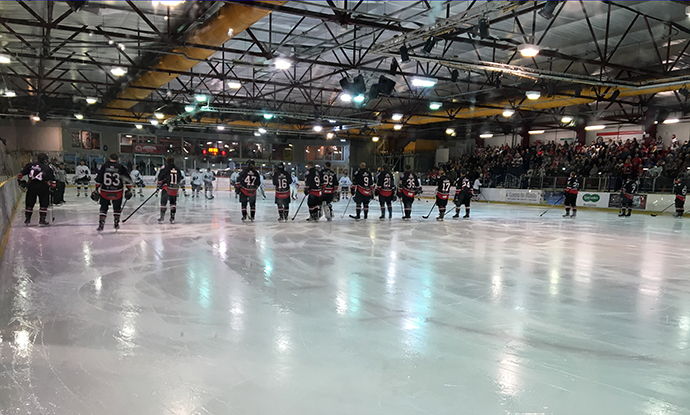 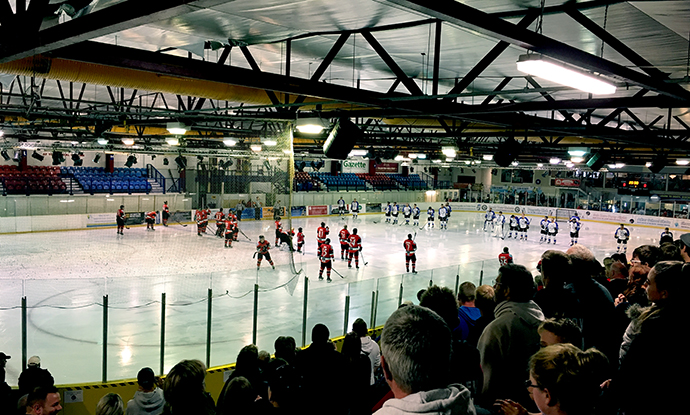 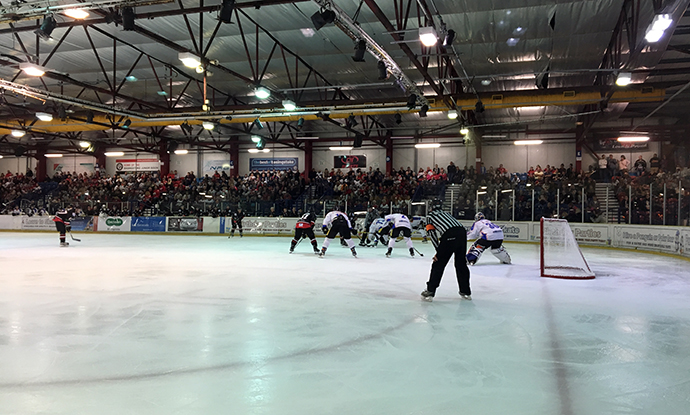 After a long summer of early uncertainty, certainty finally returned as the puck dropped on the first of the new season’s fixtures. […] 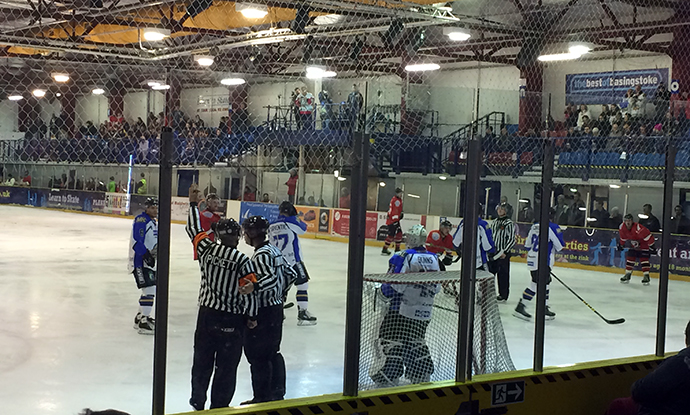